The use of a heat exchanger is worthwhile in many fields of applications – not only in domestic heating systems. Wherever heat is produced, it can be actively used by a heat exchanger. And this helps to save costs and conserve resources in the energy balance. In turn, with the TTD-Tritan, MAPAL has achieved a quantum leap in efficiency for machining heat exchangers.

The tube bundle of a heat exchanger closes with a tube plate that features a number of bores depending on the size of the heat exchanger. To ensure that the medium does not escape at this component transition, high requirements are set at the bores with regard to position accuracy and size accuracy. Stefan Kühnle, Business Development Manager USA, reports on his experiences from the petrochemical industry: “In this sector in particular, heat exchangers have enormous dimensions. The tube plates often have several hundred bores that must be reliably and accurately machined while having long tool lives.

Three fluted TTD-Tritan for the application

The TTD-Tritan was tested by a customer in the USA and was impressive all along the line. The TTD-Tritan that came on the market as a replaceable head version in 2016, was the only drill with three cutting edges that was available as a replaceable head system at the time.
Replaceable head systems in machining manufacture are first choice when it comes to meeting the demands of rising raw material prices, resource efficiency and streamlining of stocks. On the TTD-Tritan, tool head and tool holder are joined by Hirth serrations. This connection is easy to operate and particularly stable so that all the benefits and the performance level of the solid
carbide equivalent are fully retained with the replaceable head variant. In addition it guarantees optimum torque transmission with at the same time high changing and radial run-out accuracy. The TTD-Tritan is perfectly centred via its pronounced drill tip and ensures very good circularity – and that at lower costs, because with the replaceable head system, the cost-intensive carbide is limited to the tool head.
“There were several reasons why we immediately decided to use the TTD-Tritan”, reports Stefan Kühnle. “For machining different versions of tube plates, the customer first needs every diameter version in several lengths. Here we are able to provide a very wide diameter range in all the necessary lengths with our consistent program. We can also use smaller diameters in
the monolithic solid carbide design. In addition less storage space is necessary when the wear parts are mainly limited to the drill heads. As a result the capital tied up in stock is naturally reduced. And finally we achieve significantly better cost-per-part values within the diameter range from 19 mm.”

The first practical tests with the TTD-Tritan are impressive. On a Quick-Mill Intimidator 120 machining centre, tube plates made of carbon steel SA-516-70N were machined. The bore diameter was 1.008 inch (25.6 mm) and the bore length 2.5 inch (63.5 mm). Here the TTD-Tritan operated with a feed speed 59 percent higher than the replaceable head drill with two cutting edges from a competitor used to date.
For the solid drilling operation described, the TTD-Tritan achieved a tool life of a good 53 metres while the drill previously used only achieved almost 28 metres. In addition to the significant increase of 90 percent, the MAPAL tool performed solid drilling in one operation and with a machining time of 29 minutes for the complete tube plate with 550 bores. “The TTD-Tritan achieves this due to its impressive feed speeds as well as due to the self-centring drill
tip”, explains Mogens Nielsen, Product Manager Solid Carbide Tools MAPAL USA. “In this way, upstream piloting is no longer necessary.” In contrast the previous machining process had to be piloted. In addition, the tool of the competitor did not achieve a controlled chip formation. The tube plate therefore still had to be manually cleaned to remove the partly very long chips
after piloting. “Overall with the TTD-Tritan, we reduced the machining time by 57 percent from originally 68 minutes to 29 minutes for all 550 bores of the tube plate”, explains Mogens Nielsen.

“Customers in the field of machining heat exchangers attach great value to guaranteed tool availability”, reports Stefan Kühnle, Business Development Manager USA, and adds: “Here there can be no compromises.” However our UNIBASE-M tool dispensing systems and the associated digital services are impressive.” 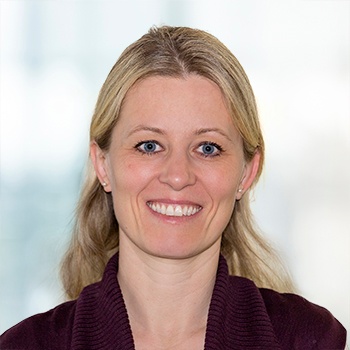 Further articles from the section Products