The MAPAL Group celebrated the opening of its new subsidiary in Santiago de Querétaro, Mexico, in February with VIP guests. Mexican MAPAL Frhenosa is now also present in the centre of the country.

MAPAL Frhenosa, a joint venture of the MAPAL Group, is intensifying its activities in Mexico. The company has built a second subsidiary in Santiago de Querétaro and is now also present in the centre of the country. The new site had already started operations in 2018. The celebratory and official opening was scheduled for early 2019. Leading figures from MAPAL, namely Dr Jochen Kress (President of the MAPAL Group) and Siegfried Wendel (Senior Vice President) together with Lazaro Garza Sr. (Joint Venture Partner & Managing Director of MAPAL Frhenosa), Hugo Perez (Managing Director of MAPAL Frhenosa) and Lazaro Garza Jr. (Head of the Querétaro subsidiary) symbolically opened the new site in the presence of numerous representatives from the world of politics and business. Aside from the Governor of the State of Querétaro, Francisco Dominguez Servién, they also welcomed internationally active partners of MAPAL, including representatives of the automotive suppliers Bocar and ZF and the machine manufacturer Grob.

The event began with a reception and speeches, including by Governor Servién, among others. Following the symbolic ribbon cutting, Dr Kress and representatives from MAPAL Frhenosa took their guests on a tour of the new site. An exhibition was set up in the machine hall showing off the product range. Banners in front of each machine station provided information about the individual manufacturing steps and the range of services from MAPAL Frhenosa. A follow-up lunch rounded off the ceremony.

Currently 35 employees work in Querétaro and a further expansion is planned. “This allows us to significantly improve our reaction times and to meet the increasing demand of our customers,” says Dr Jochen Kress. The prospects in Querétaro are excellent. In recent years, the region has developed into an important industrial centre for the international automotive and aerospace industry. Mexico is also a strategically important location for the MAPAL Group at international level. The country cooperates with more than 60 countries and has concluded free trade and cooperation agreements with them.

Both in Monterrey and in Querétaro, well-trained employees ensure that MAPAL tools are reconditioned. The machine equipment and manufacturing processes comply with the international standards of the MAPAL Group. “The new site is a fundamental step for us to keep up with the growth in Mexico,” says Lazaro Garzo Sr. Around 50 million pesos, or about 2.3 million euros, went into the construction of the new subsidiary. 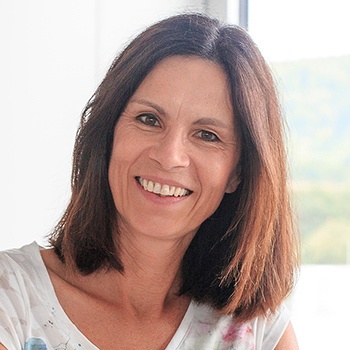